Flags & Pennants chart patterns are considered to be continuation patterns when conducting chart pattern analysis. Flags and Pennants can be taken to the long side or to the short side depending on the direction of the prior trend so it is particularly important to do an analysis on this chart pattern with extreme caution or with a confirmation trading plan tactic.

Normally if the trend has come from the upside and formed a Flag or Pennant then you can consider the trend to continue up when the resistance has been broken. Obviously, we don't advise that you jump the gun because like any other chart pattern you need confirmation of price breaks before the pattern is confirmed. The same has to be said if the price is coming from the down side and a Flag or Pennant is formed.

Learn How to Trade Continuation Patterns

These two chart patterns do not vary in their development but to be considered a Flag or a Pennant it has to have a sharp increase or decline in price action with noticeable increase in volume. The trendlines that contain both chart patterns need a point of reference to be drawn which is also the area that we call the support resistance area. The two different ways of identifying both of these areas are explained below.

Flag - The shape of the flag is recognisable as it forms in the opposite direction to the established trend contained by parallel trendlines that slope.

Pennants - These are similar to Symmetrical Triangles, but the difference is the sharp up move and they are 90% neutral with lower highs and higher lows.

How to Identify the Chart Pattern:

**Breakout Confirmation - A very important thing to remember is to only take the breakout if it occurs in the same direction as the trend prior to the pattern. This is because, as previously mentioned, it is a continuation pattern. 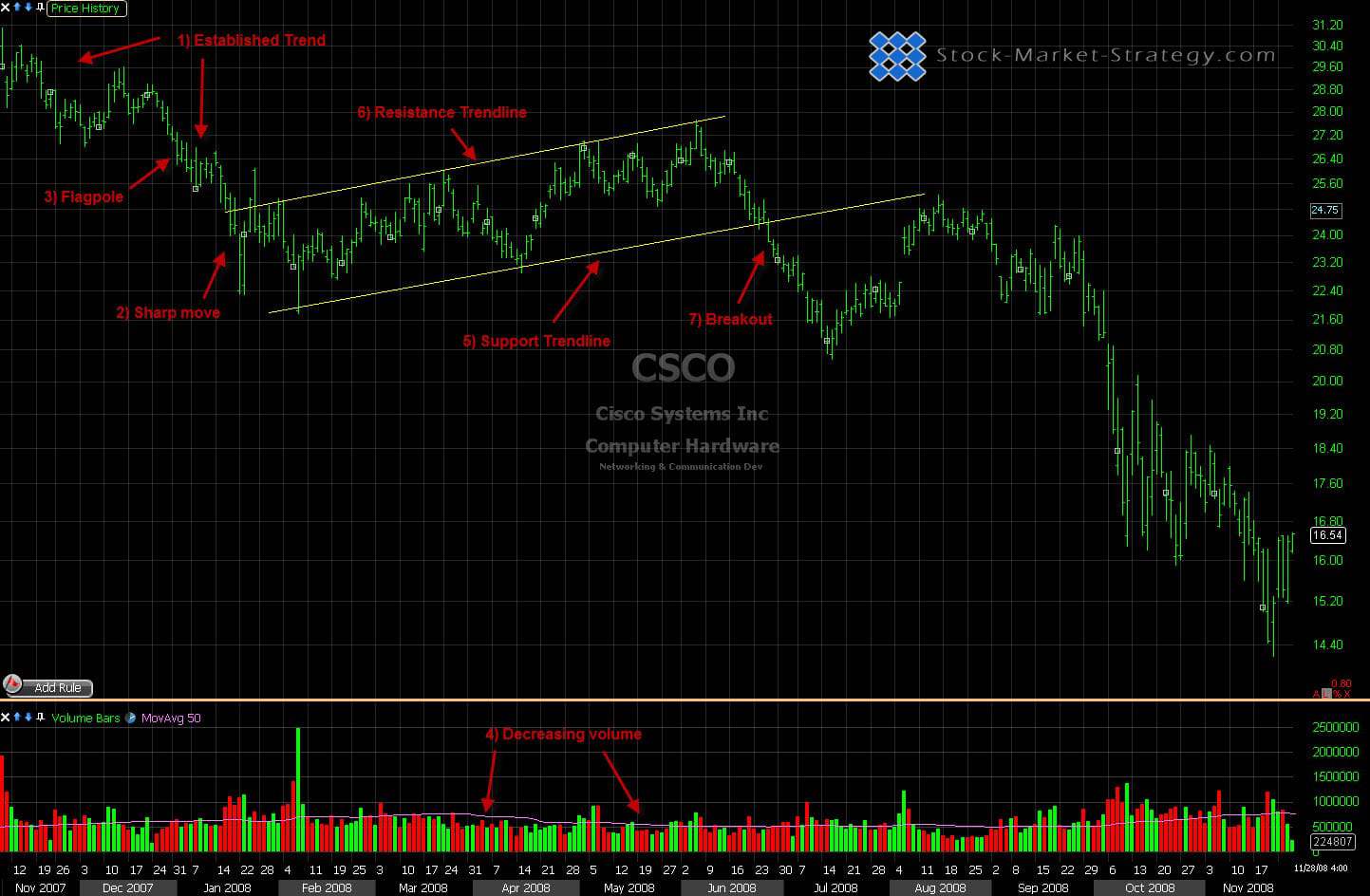 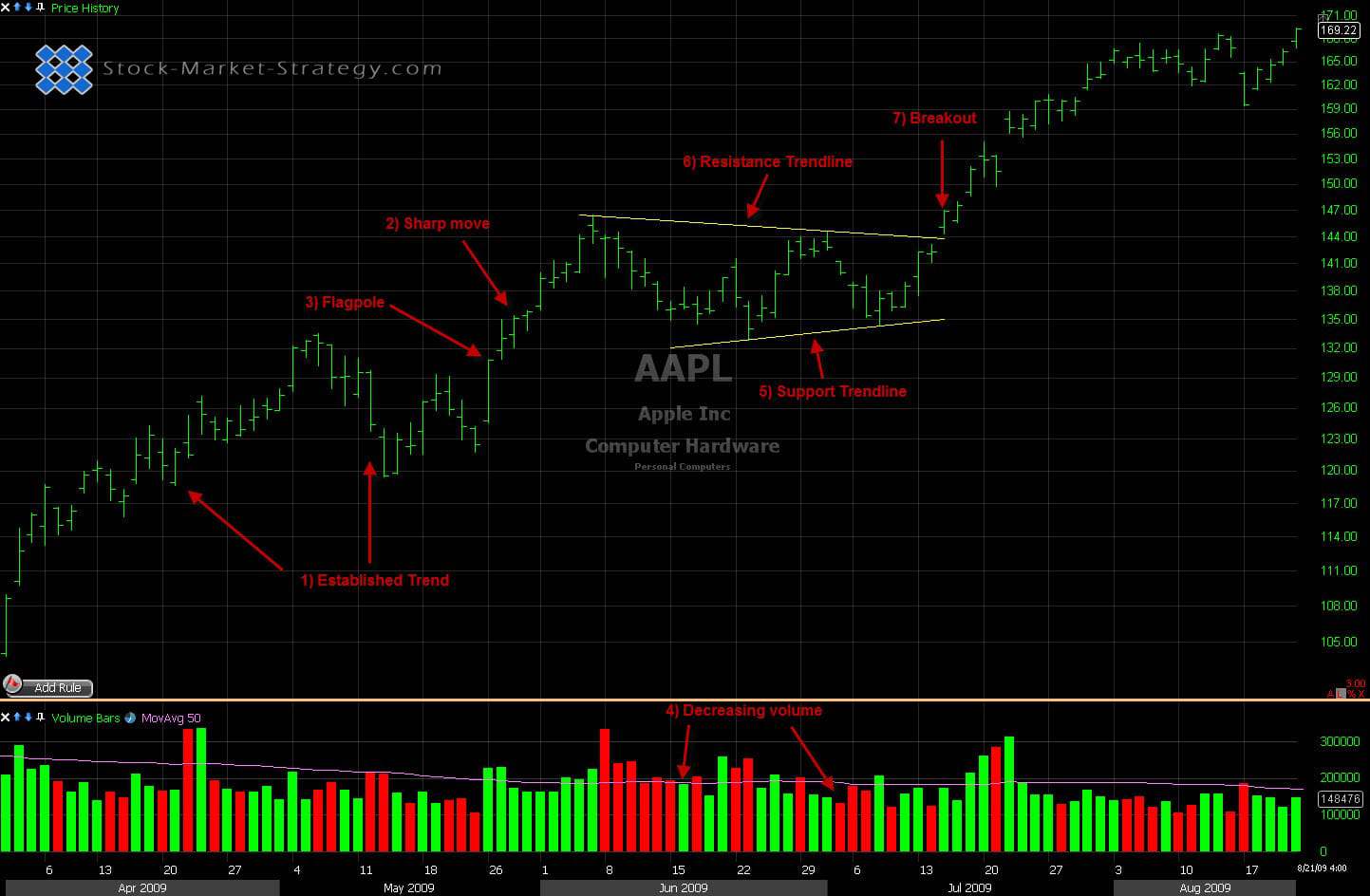 Styles Traded - Ideas How Pennants can be Traded: 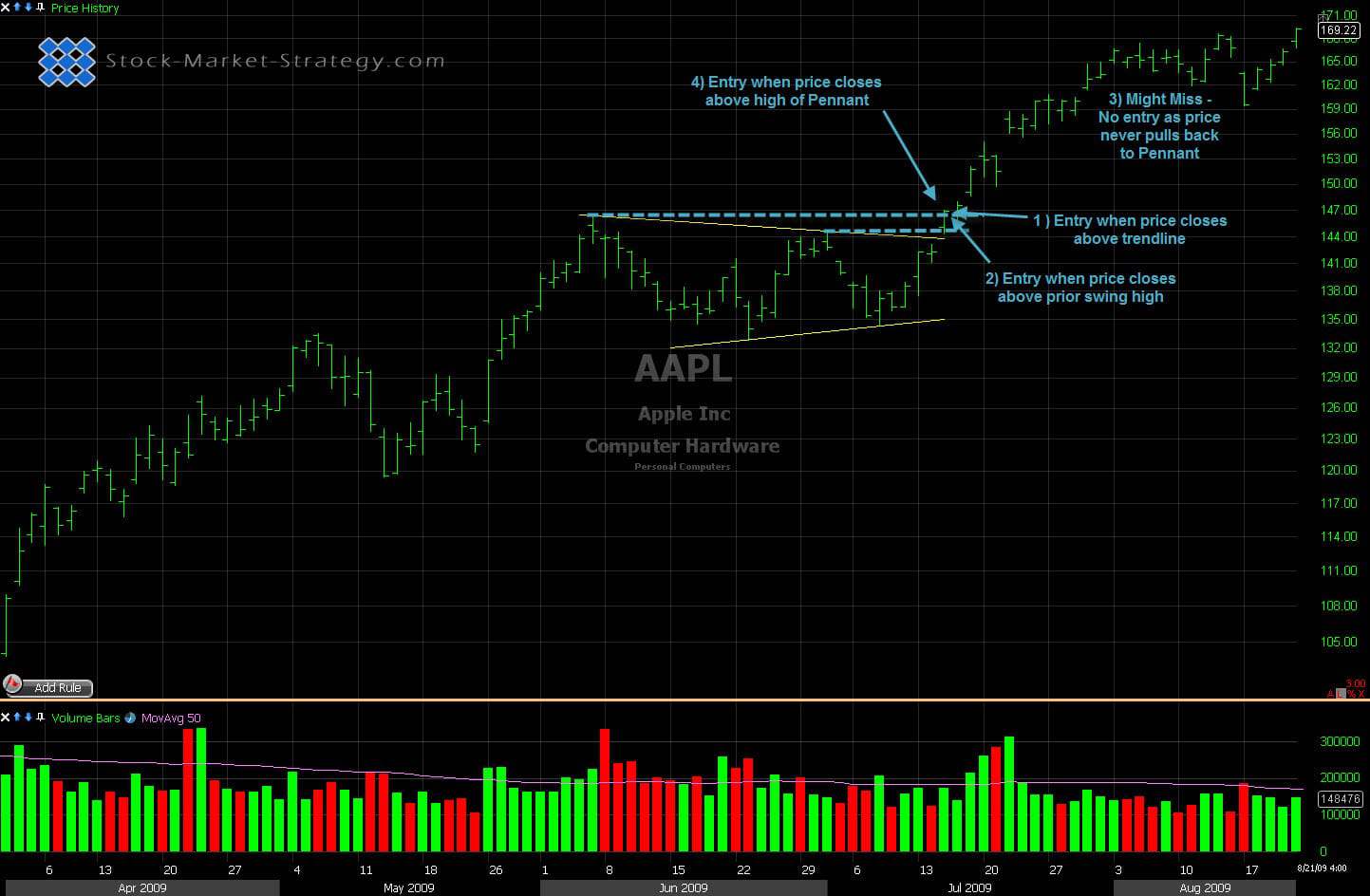 How Flags can be Traded: 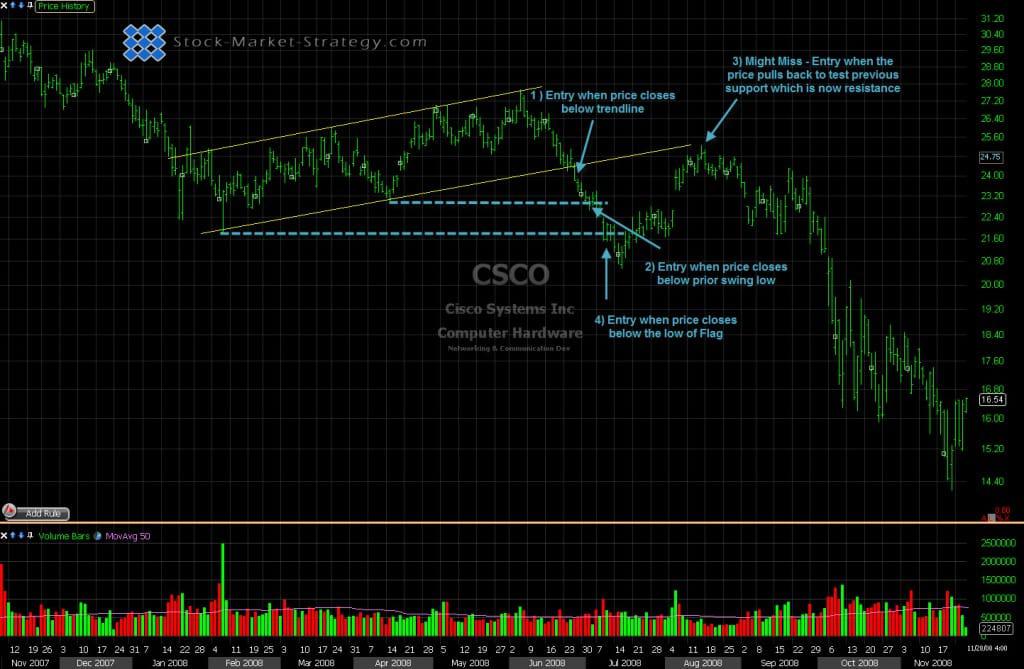 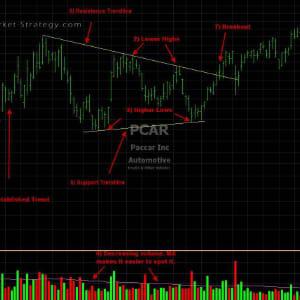