The Double Top is a reversal pattern meaning it is used to catch trend reversals. You will often see this chart pattern in what we call a phase 3, topping price action.

Reversal patterns signify a change in trend. A Double Top is alerting us to the change in direction from an uptrend into a downtrend. A Double Top is formed when price action has started to pause after an extended uptrend that then trades in what is known as a trading channel. You can indicate the Double Top reversal pattern when analysing your chart because it has two roughly equal consecutive peaks/tops with a neck line also known as "trough" in the middle.

There are a few variations of the Double Top and throughout our educational examples you will see how we as professional traders analyse them for shorter and longer term trading. With all the stock market patterns we will see, the Double Top does not differ when doing any chart analysis. 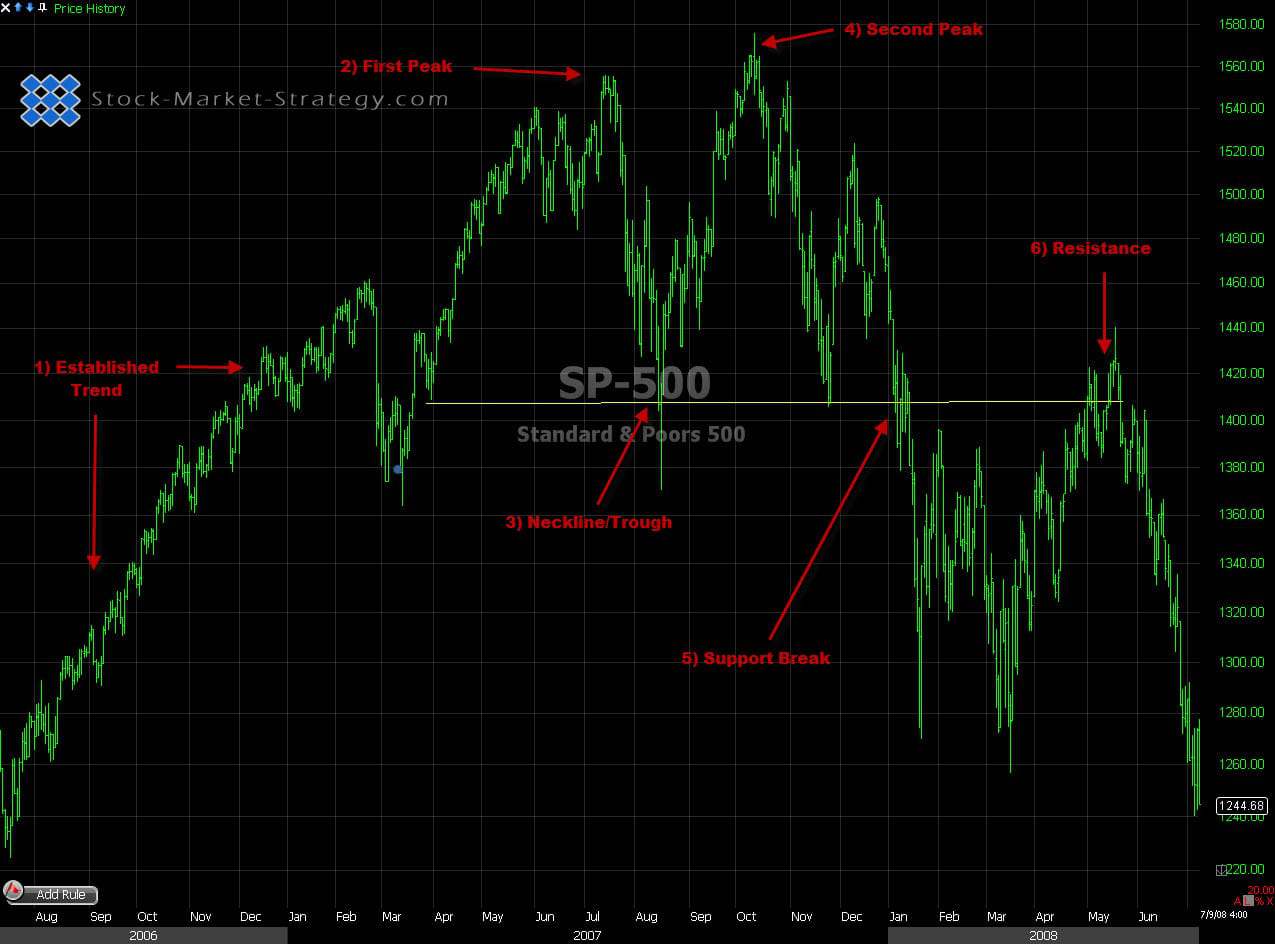 How to spot a Double Top reveral 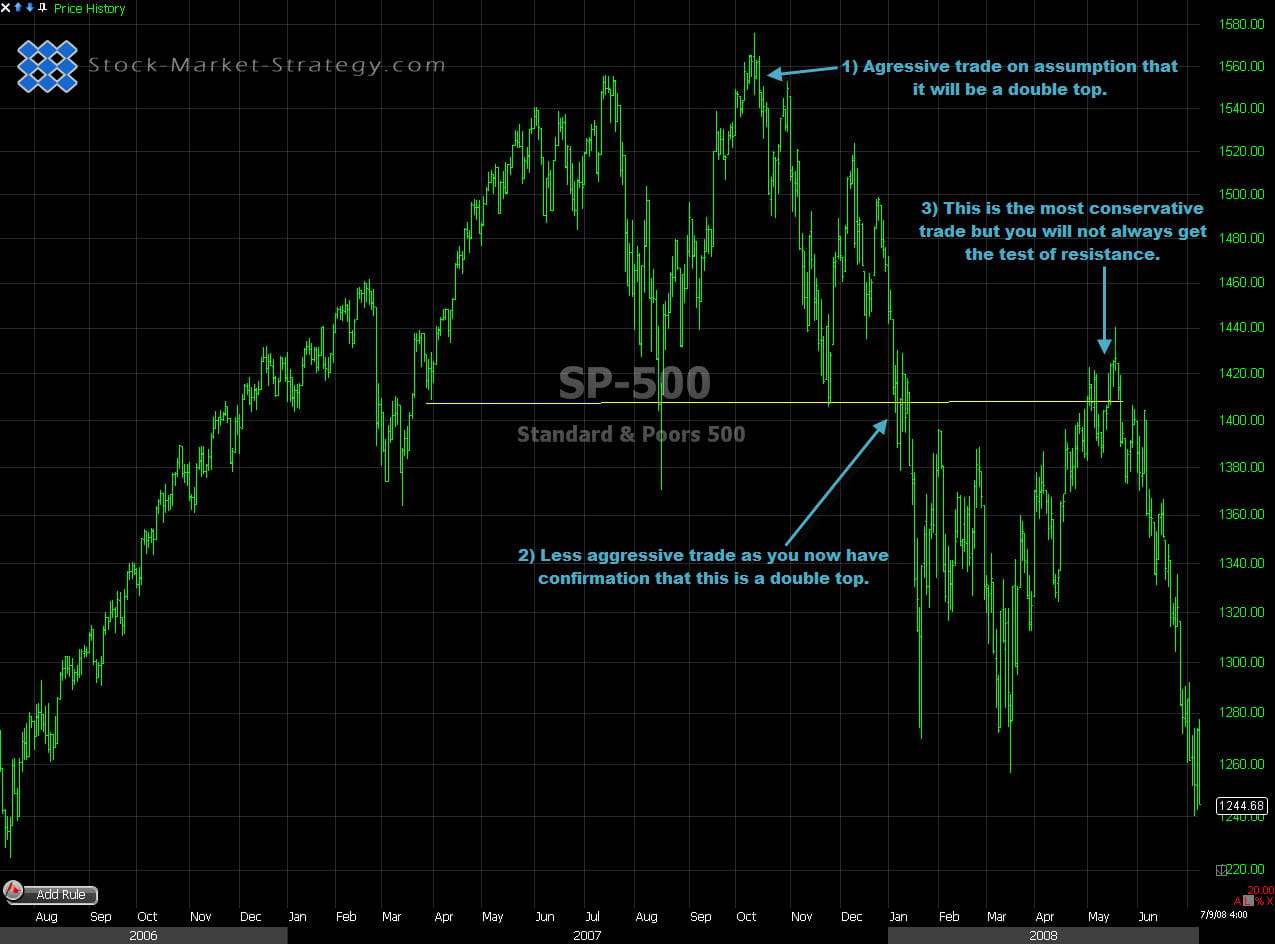 How to enter a trade using Double Top 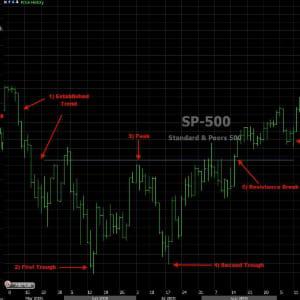