A major subject in trading is the mindset, or psychology of trading, but it often goes unnoticed until after the losses have mounted and the frustration has hit unprecedented levels. Here at Stock-Market-Strategy, we believe trading is 75 % mindset and the rest is using a trading system, such as technical analysis and fundamental analysis. This comes as a big surprise to new traders especially because new traders are bombarded with trading systems, technical analysis books etc but it is the truth and we want to help you identify ways to improve your mindset.

Ways to Improve Your Trading Mindset

There are 2 major reasons for the lack of focus in the psychology of trading. The first one is that system oriented books sell much better so most authors chose to write about that subject. This results in a very small selection of books which focus on the psychology and a book with trading systems indirectly promises you profit whereas a book about trading psychology often scares people as they are presented with the truth about trading. The second reason is that traders often find the psychology a bit boring so traders will be finding themselves grinding through the book. Stock-Market-Strategy does not share this point of view and we cannot emphasize enough that trading psychology is absolutely vital in order to reach the goal.

Trading is a serious job and not something you cannot approach easily so in order to improve your trading mindset from the beginning you need a quiet and peaceful environment to work in. The trader might have realized this before starting his trading career or if not, will definitely realise this shortly after. But what about the people around you? Your partner or spouse for example may have difficulties understanding that just because you are working from home doesn't mean you have time for interruptions. It is therefore very important to explain to them what trading will mean to you and how it will affect their lives too. Be proactive and have this conversation before the first incident.

It is not only a phone call or a knock on the door which can act as a distraction. Relationship problems can affect your trading as If you have been in a fight with your partner don't immediately go back to trading. Take your time and perhaps go for a walk as going back to trading while being angry will likely result in overtrading. You may feel like you have to prove something and think that making some money in the market will do that. Entering a trade while being emotional means you are exposed to mistakes such as not following your trading plan.

You might not have a partner or spouse but that doesn't mean you are off the hook. You might suffer from financial worries and you think trading can help you with that problem. This is a vicious circle as you are likely to lose money trading when have these worries adding to the problems. This also mounts to a lot of pressure for you too as you may think you HAVE to make money from the off, and if this doesn't happen straight away it will add to the stress therefore meaning that you won't be making clear, calculated decisions. Solve your financial problems first to improve your mindest or you are guaranteed to have even bigger problems in the future.

Let's face it, the reality is that trading is not about having fun, it is about making money. Most people dive right into trading with a hope of making a fortune within the first year of trading and they think it is about making some home-runs and sitting back counting the money. Some traders might go heavily in one trade hoping to make a big pile of money and if they were lucky and succeeded they would think that they are on their way to big fortunes. But this couldn't be further from the truth as trading is not about making a few home-runs. It is about stealing a base consistently and realising the power of incremental steps. Start with booking small profits with small position size and build your trading up slowly but consistently.

Stock-Market-Strategy mentored a trader who dreamt of becoming rich through trading. Before he met us, he was in such a hurry that he threw away all common sense and traded almost his entire trading account based on a hunch. Needless to say he lost quite a bit. But this is not the moral of the story. Even if he had been lucky and booked a profit, the way he approached trading was completely wrong. You cannot build a trading career and become a good trader on a few lucky trades. You have to ask yourself is your trading career stable enough to buy a house with a mortgage? Do you believe in your future trading profit? Consistency is the key to trading.

"Even the longest journey must start from where you stand."

Meaning: Related to the Tao Te Ching quote of: "A journey of a thousand miles began with a single step." Everything must have a beginning. It doesn't matter what is past, your first step of the future is always now.

It is easy for traders to work on this problem. Start by telling yourself that if trading was that easy and you could become rich overnight then why aren't there more successful traders out there? Use some common sense. Read the stats on the failure rate of traders. All of this will keep you focused, balanced and reasonable and help you improve your mindest in the long term.

A harder problem to identify is the need for instant gratification; the need to feel good right here, right now. It is a normal human need that exists in all of us and has been with us since we were born but traders cannot wait for success. Subconsciously they need to feel rewards right away and this need is a major reason for lack for discipline and patience.

Every trader takes losing trades. It is part of the game of becoming a trader but it is how you deal with the losing trades that is very important and that you accept it as a natural part of trading and don't take it personally. Professional traders don't look at their trading result on a trade by trade basis but on a bigger scale. It is after a string of trades you can start seeing a pattern developing. Are you profitable after 100 trades? Some traders make money on 30 trades out of 100. Other traders make money on 60 trades out of 100. On the surface the latter one seems to be a better trader but it is too early to tell. It depends on trailing and position sizing, such as scaling in Vs all in. Don't measure your success based on one trade, like you shouldn't measure your failure on one trade.

After a trader has written a trading plan he has some idea of the edge the system has. This edge is not measured over one trade so why should he then measure his success after every single trade? Learn to accept the losses and the trader will be far ahead in the game of becoming a successful trader.

Mark Douglas, author of Trading In The Zone, talks about how every single trade has two outcomes. It will either be a win or a loss. So it shouldn't come as a surprise if a trade ends in a loss. Even when your system has an edge a trade still has two outcomes. Just because a trader's system shows profit over 100 trades doesn't mean he can't loose on the next trade. Learn to truly accept that any trade has a losing or winning opportunity in order to trade like a professional.

When and How to Increase Position Size

It may come as a surprise to many traders that adding to position size can be devastating to their trading success and their overall dream of becoming a trader. Increasing the position size at the wrong times or adding in wrong increments can affect the traders mindset in such a way that it can, in a matter of days, ruin all the hard work the trader has done over a long period of time.

When increasing the position size there are two very important things to take into consideration; when is the right time to increase the position size and how much should the trader increase with? Before answering this question it is important to understand that trading is about the bigger picture, meaning that success and profitability is measured over a series of trades, e.g. 20 trades. This is to help the trader stay focused and disciplined and also gives you ways to improve your mindset. Just because the trader loses money on one trade does not mean that the system is not profitable. It is either about having a hit rate above 50% or about making more money on the winners than the trader is losing on the losers. This series of trades is therefore very important to follow when considering increasing the position size.

The answer to the first part of the question above is that you should never consider increasing in the middle of a string of trades. Do not just add after a few winning trades. A common mistake new traders make is adding to position after a few winners only to get stopped out on the next trade and thereby lose all previous profit. This frustrates the trader who then scraps this system believing that the system must be bad and therefore searches for a new system resulting in a vicious circle. The truth is, the system might have been good but the trader will never find out. Always make sure that the system works over a longer series of trades. Set that number before starting to trade and use that same number consistently.

So, when exactly should you increase the position size in order to start becoming a winning trader? The trader should only increase the size after the series of the predetermined trades in order to be sure that the system is still profitable. I trade 20 times and if those 20 trades are profitable as a whole I can then increase my position size. Notice I wrote that I can increase, but I do not necessarily need to. I still need to be comfortable when trading, and this brings me to the next question: how much should the trader increase with? This is another place where new traders make mistakes. Always increase in the minimum size possible, for example 1 future contract or 100 shares. This is to avoid too bigger swings in the mindset. After the trader has taken 20 trades in a row they are used to the dollar swings the trades will experience. When increasing the position size the dollar will suddenly be bigger and might make the trader nervous so they might not take the next trade after a loss or might exit the trade premature. The trader cannot avoid this completely as they have to increase the size but can limit it by adding in small increments. Another reason why the trader should increase in small increments is that many traders jump from 100 to 1000 shares so when they get stopped out they see that they have lost a lot more than they made by trading 20 times with 100 shares. This can result in completely stopping trading this system believing that the system is bad. Then the trader is back to the above mentioned vicious circle.

Think hard about when and how to increase your position size.

Get control of your emotions before it's too late 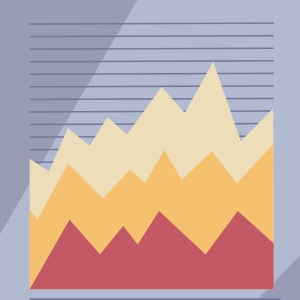