Normally if the trend has come from the upside and formed the Symmetrical Triangle then you can consider the trend to continue up when the resistance has been broken. This is not to say that you can jump the gun because as with any other chart patterns you need confirmation of price breaks before the pattern is confirmed. The same has to be said if the price is coming from the down side and the Symmetrical Triangle is formed.

This pattern does not vary in its development because it needs at least 2 higher lows and 2 lower highs. The trendlines will then have a point of reference to be drawn from to create the Triangle which is also the area that we call the support resistance area.

You can quickly identify the Symmetrical Triangle when conducting your chart analysis with its distinctive wedge appearance. Like with any continuation pattern this is the period in the price action where the stock needs to take a break / consolidated before continuing on its prior trends journey.

Example of the trend coming from the upside:

**Breakout Confirmation- A very important thing to remember is to only take the breakout if it occurs in the same direction as the trend prior to the pattern. This is because as previously mentioned it is a continuation pattern. For example, a breakdown in a symmetrical triangle in an uptrend could easily just turn into a flag/pennant resulting in the trader being caught on the wrong side. 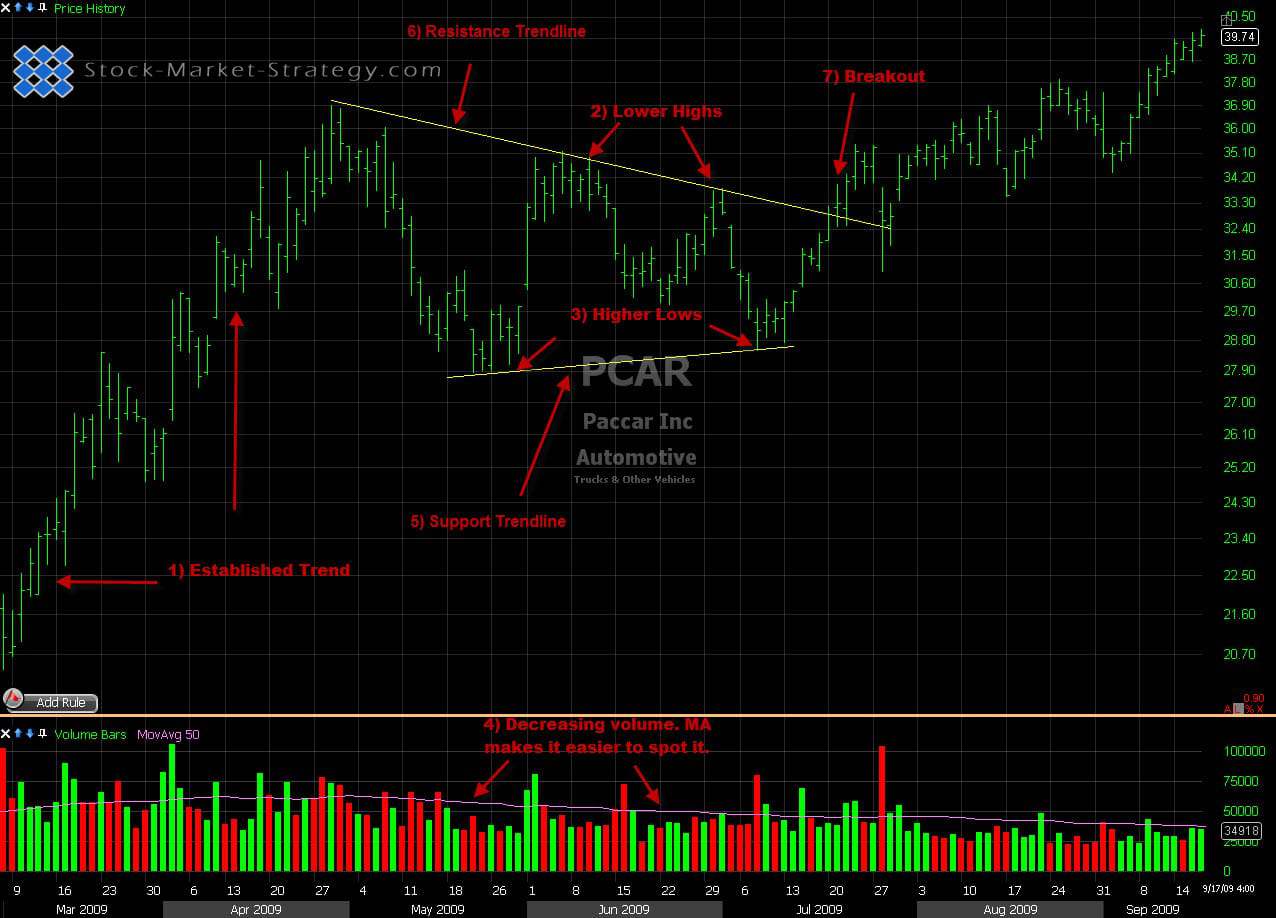 Analyse the chart to spot the Symmetrical Triangle

Ideas How to Trade: 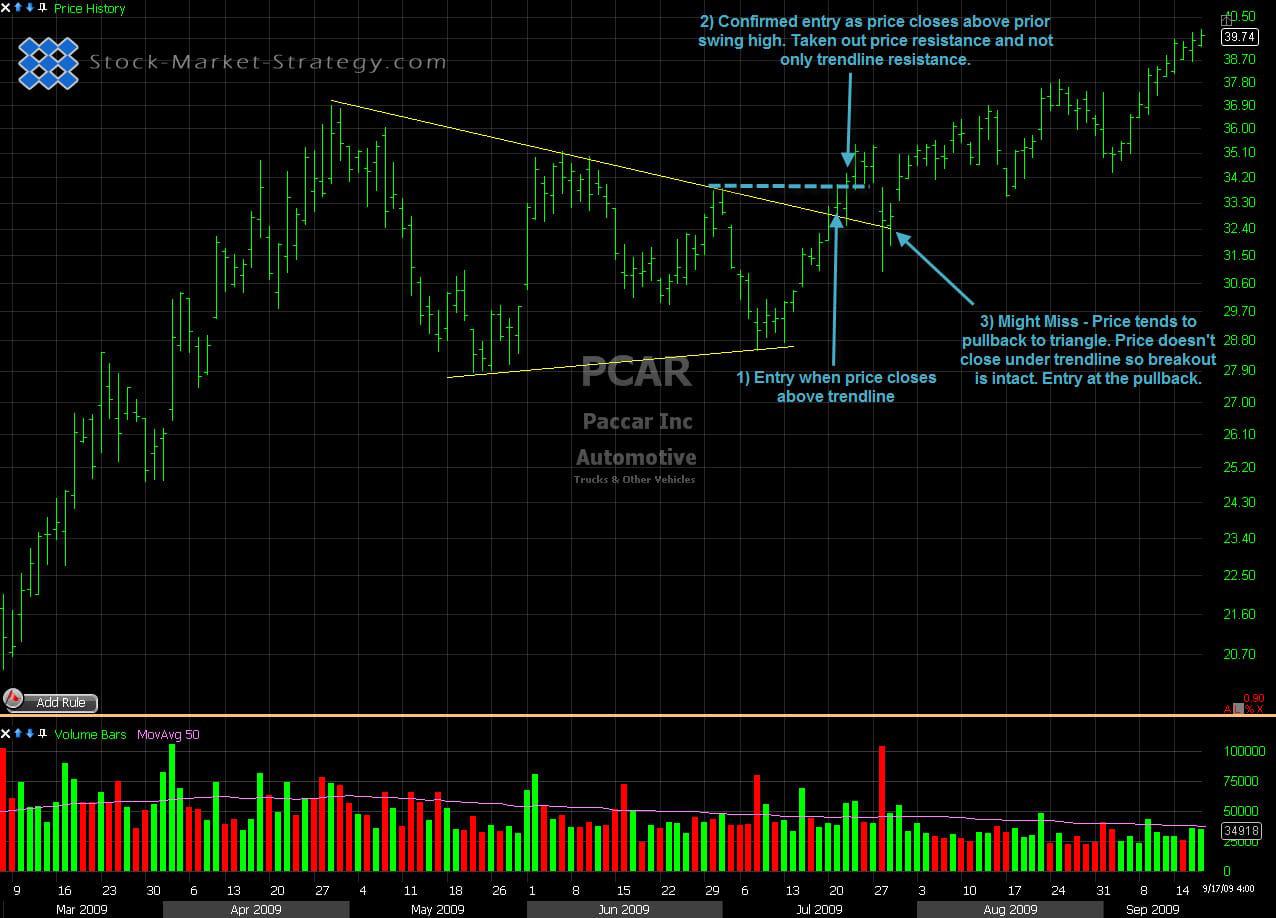 How to enter the Symmetrical Triangle chart pattern 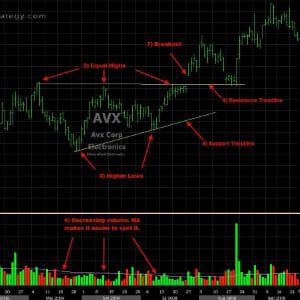